Recherche Archipelago with Traditional Owners - what a week!!

This week #AdriftLab was aboard the Keshi Mer ⛴ alongside #SeaCountryRangers from Esperance Tjaltjraak Native Title Aboriginal Corporation. We sailed 70 nm across the #RechercheArchipelago in rough seas, but woke to a gorgeous sunrise in a STUNNING cove at Middle Island 🌅 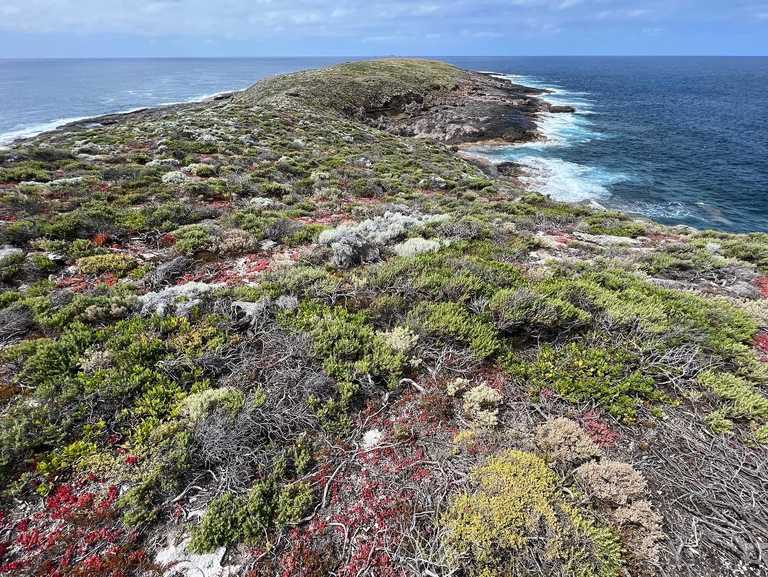 A full day was spent searching #SalisburyIsland for #seabirds while the UWA team documented fish diversity in the surrounding waters 🐦🐟. Salisbury is covered in thick bush & has steep cliffs - Jenn's legs definitely paid the price (so many bruises!). The huge survey effort (8 hours) was totally worth it, the team found cultural artefacts dating back ~15,000 years to when Salisbury was still connected to mainland Australia! We also found a HUGE white-bellied sea eagle nest tucked away in a cave high up on the cliff face.

L﻿ater in the week, we surveyed Mondrain Island - we landed in a sheltered bay and searched for #seabird burrows (very carefully as Mondrain is also home to snakes 🐍). ETNTAC #IndigenousRanger Hayley wow’d us on camera as we banded a #shearwater - it was magic!! 🥰

An amazing film crew from Millstream Productions joined us on this epic adventure - stay tuned for a new documentary on #TraditionalOwners and #MarineParks in 2024!

ACKNOWLEDGEMENTS: this project is generously supported with funding from the Australian Government under the National Environmental Science Program and the Our Marine Parks Grant