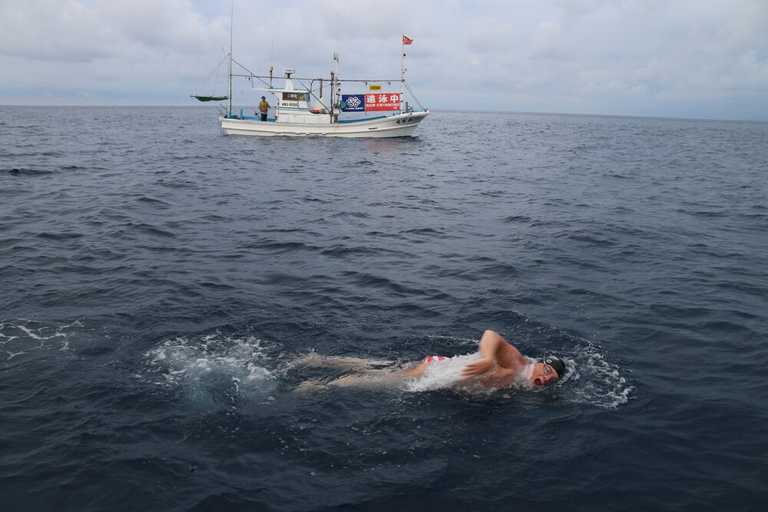 Adrift Lab are thrilled to announce and be apart of an incredible fundraising opportunity!

Marathon ocean swimmer, Lynton Mortensen, is teaming up with Jenn, Alex & Ian from Adrift Lab & the residents of Lord Howe Island to swim around the Island (well, Lynton is, not the rest of us!). 🏊‍♂️ 🏝️

The aim of the swim is to highlight the tragic plight of the Flesh-footed Shearwater (muttonbird) 🐤 and help raise funds for the ongoing research by the Adrift Lab team. This incredible swim (30 km) will be the first time a circumnavigation of Lord Howe Island has been attempted. The event is planned for 10 February 2021, weather permitting.

Lynton is no stranger to marathon ocean swimming. He’s the first Australian and only the 12th person in the world to complete the Oceans Seven, a gruelling combination of seven of the toughest open water swims in the world including, Gibraltar Strait, English Channel, Northern Channel, Catalina Channel, Molokai Channel, Tsugaru Channel and Cook Strait. He is also the first person to complete the Australian Triple Crown and is one of the inaugural inductees into the Australian Marathon Swimming Hall of Fame.

Lynton has used his swimming to help raise awareness and funds in the past: in 2017 he raised over $70,000 for the Children’s Hospital Foundation. It will be a wonderful team event with amazing support crew in and out of the water.

DONATE TO THE SWIM (& ADRIFT LAB) BY CLICKING HERE

Lynton will be generously supported by Lord Howe Island resident Jack Shick of Sea to Summit, who will pilot the swim with Lynton’s family as support crew. Daniel Clegg, experienced endurance kayaker who has paddled around the Island, will also assist Lynton to ensure the swim goes as smoothly as the Tasman Sea will allow.